GameFi Development Company : What is GameFi? How to develop it? 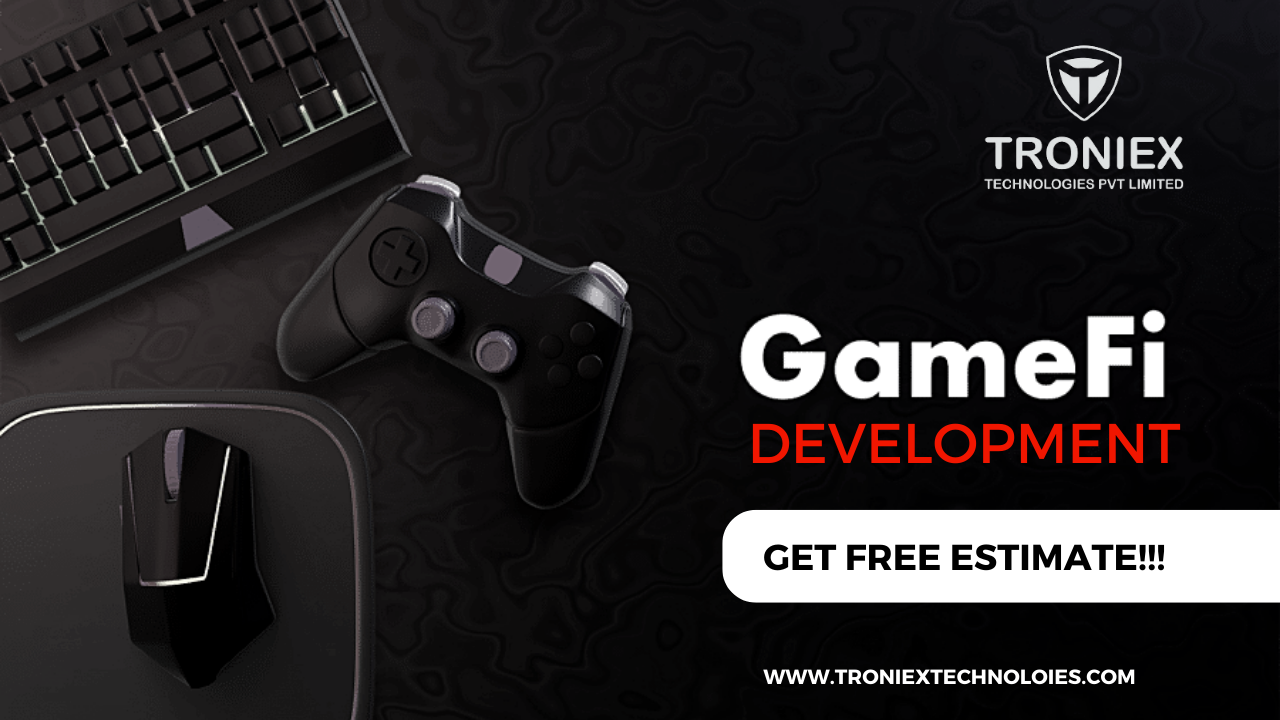 GameFi Development Company : What is GameFi? How to develop it?

GameFi is referred to as a "play-to-earn" blockchain game that offers players money incentives. Typically, users can obtain bitcoin and NFT incentives by carrying out tasks, engaging in player conflict, and advancing through the game's many levels.

Most blockchain games, unlike conventional video games, let players move game items outside of the virtual environment. This allows players to trade their goods on NFT marketplaces and their cryptocurrency earnings on cryptocurrency exchanges.

How does GameFi work?

It is important to note that the idea of "playing to earn" is not brand new. Due to the cutting-edge technology that underpins GameFi applications with a play-to-earn business model, there is still a lot of hype about them. There are several aspects of these games that distinguish them from other types of games and make them a better option, ranging from blockchain technology and smart contracts to in-game tokens.

The majority of GameFi projects offer NFTs in the form of lands, clothes, gear, and skins. These NFTs can be bought and sold outside of the game as well as used as collateral and for yield farming on DeFi platforms.

The GameFi area has a variety of games, each with its own unique mechanics and specifications. One such requirement is that users have crypto wallets in which to keep their in-game currency. However, your wallet needs to be pre-loaded with bitcoin in order to function. In order to start playing several games, users must acquire starter characters.

What is the difference between GameFi platforms and regular video games?

Traditional video gamers can also acquire digital currency and other in-game items to use to enhance their characters and carry out other comparable tasks. However, because they have no use outside of the game, these tokens and assets cannot be sold on decentralised exchanges or NFT marketplaces. These assets don't prove monetarily advantageous for gamers because they can't sell or otherwise monetize them in real life.

The two most important benefits of GameFi are

The play-to-earn business strategy used by GameFi platforms differs greatly from conventional pay-to-play and play-to-win business strategies. Players typically spend real money on upgrades and resources in traditional games. As a result, they have a better gaming experience, but they cannot recoup their costs by winning money at these games. Commercial game studios and independent developers are the only ones who can profit from these games commercially. In contrast to traditional games, GameFi platforms let gamers make money while playing their favourite games. This lays the foundation for financial inclusion in the gambling sector.

It's interesting how much money people can make playing these games. Let's use the Philippines as an illustration. Many people in this country lost their jobs as a result of the 2020 national lockdown. Many of these people registered for Axie Infinity because they had nowhere to go and nothing to do. Soon, it became clear from reports that Filipinos were making more money playing Axie Infinity than they were making working at the minimum salary. They were now making $50 per day as opposed to $8.15 before the lockdown. Many Filipino users have made playing Axie Infinity their full-time job, according to CoinDesk.

Decentralized games that incorporate NFTs have a higher chance of making money and give players actual ownership of their assets. It is not the game developers who own in-game items because they can be acquired and exchanged on a distributed blockchain ledger. Furthermore, no in-game items may be forged or altered. Even in the event that the game studio encounters a technical issue, players can be guaranteed that any item they have purchased in-game will be secured.

How to develop the GameFi app/platform?

Troniex Technologies is the pioneering GameFi Development Company business that enables you to quickly launch your own robust and secure IGO launchpad, like GameFi, complete with cutting-edge features and security measures adapted to your particular needs and requirements. Our group of techies can assist you in setting up a high-performing DEX gaming platform like GameFi that satisfies your requirements.

Given the success of Axie Infinity and other GameFi platforms running on various blockchain protocols, it is apparent that the creation of GameFi apps and platforms is on the verge of a promising future. However, because blockchain technology is continually developing, it is difficult to forecast what new features and technologies will define future GameFi platforms. Future blockchain developments will undoubtedly be far more intelligent, but it is still unclear how GameFi efforts and potential new revenue streams will be affected by these developments.

If you are looking to build a GameFi app that has immersive gaming elements and robust DeFi functionalities, then Troniex Technologies is the best GameFi development company to partner with.

Get in touch with us if you are searching for GameFi development.